On Wednesday we had our fantastic capture day. We all enjoyed it very much and are now very excited to learn more about the Anglo-Saxons and Vikings.

Firstly, what fantastic costumes the children all had. Thank you so much for all your effort and thought put in to them, they really looked the part and it added a lot to our day. 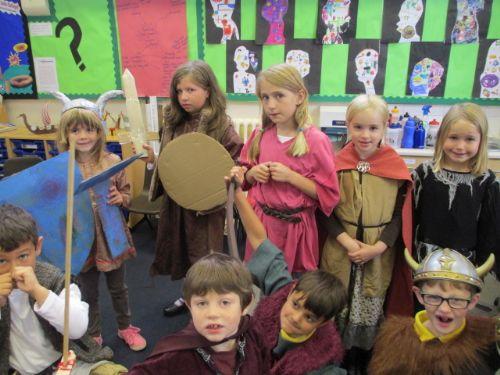 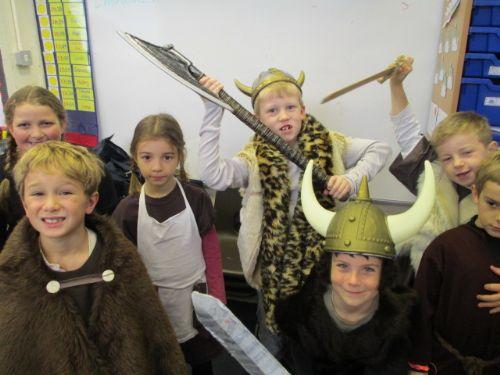 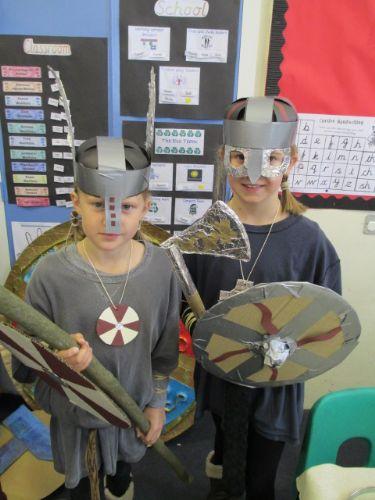 We split into two groups, some of us becoming Viking Warriors and others Anglo-Saxon settlers, we then swapped over in the afternoon.

Warrior Surgard (Maddy Irvine) and his wife Fetal (Julia Quinn) led the Viking Warriors out into Anglo-Saxon territory, where they had to think about how they were going to survive, cook and eat food, and prepare for battle! 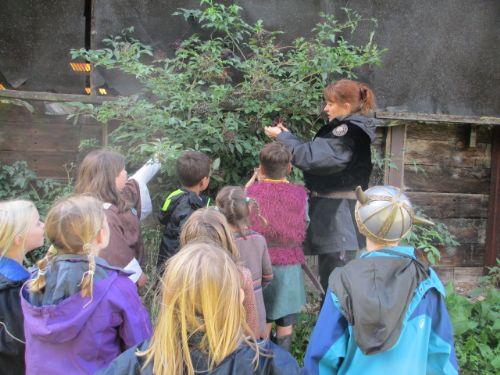 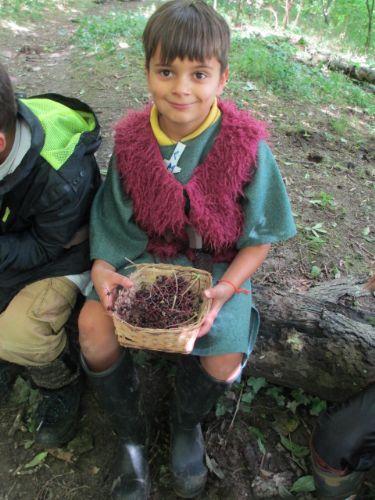 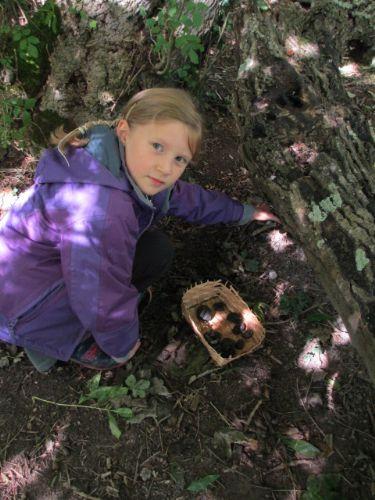 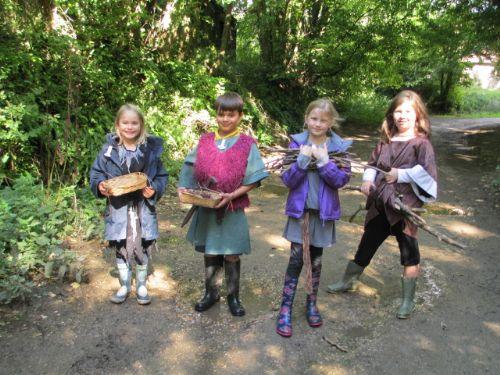 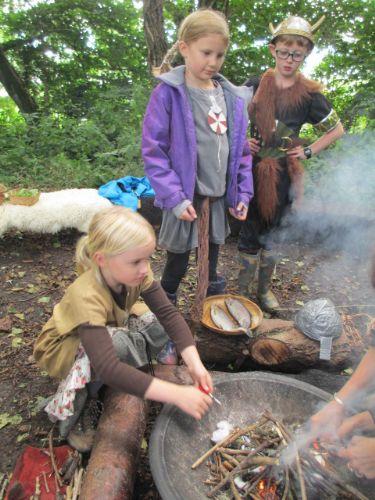 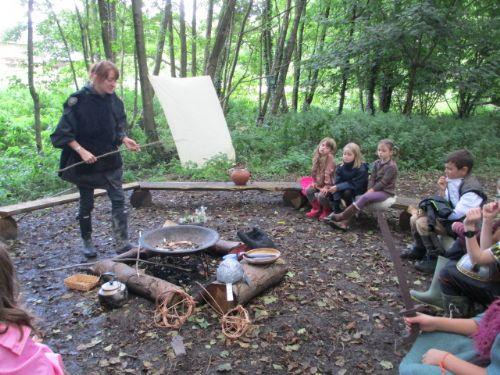 As Anglo-Saxon settlers the children were put to work doing all the jobs they would have been expected to do at the time!
The children made butter and ground corn to make flour on original Viking quern stones. It was quite challenging but the children were very co-operative, learning as a team, and considered carefully what they had achieved. 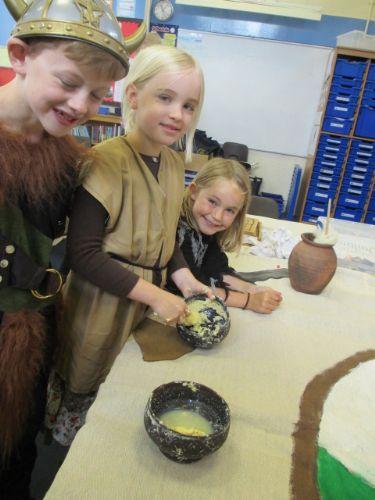 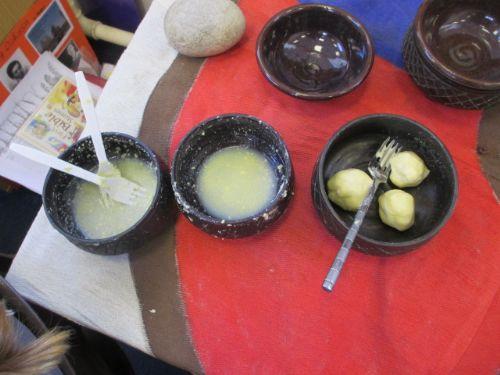 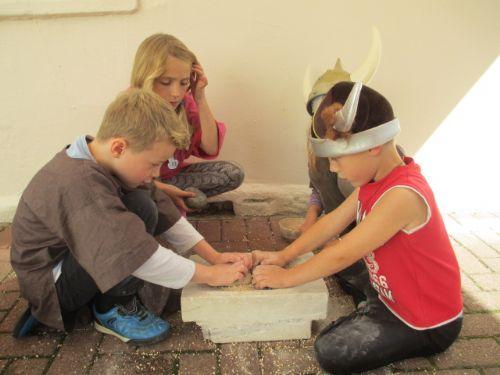 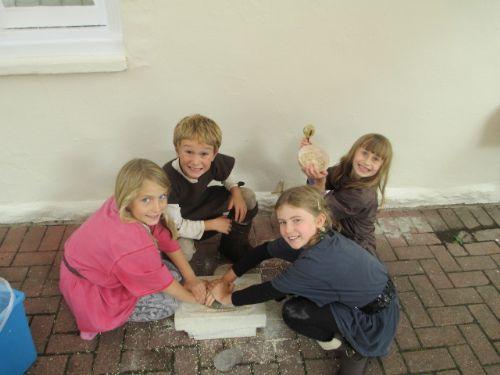 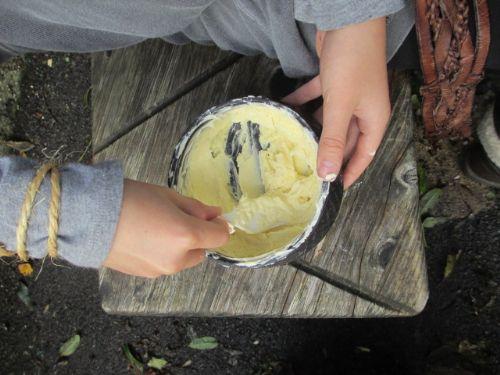 We dyed wool using onion skin from the onions that have been grown in the peace garden and elderberries that the children foraged for on their Viking raid. Look at the fantastic colours we produced. 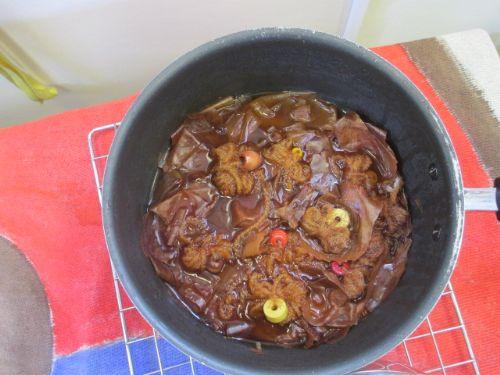 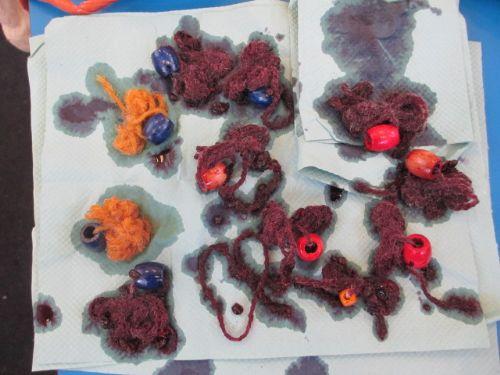 We also learnt how to finger weave. It was really tricky to get right but some of us were really confident and conscientious learners, stuck at it with great concentration, and got brilliant results. 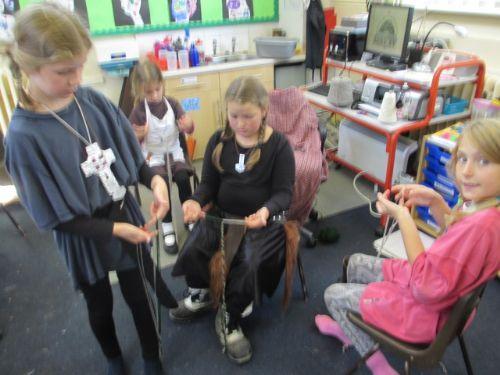 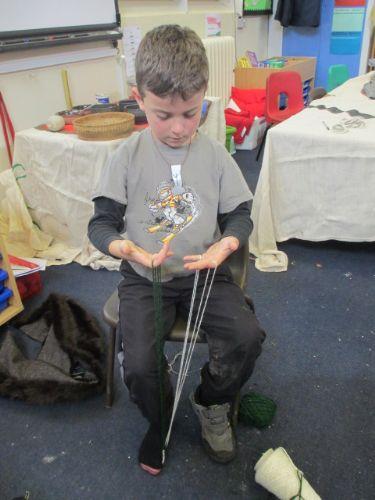 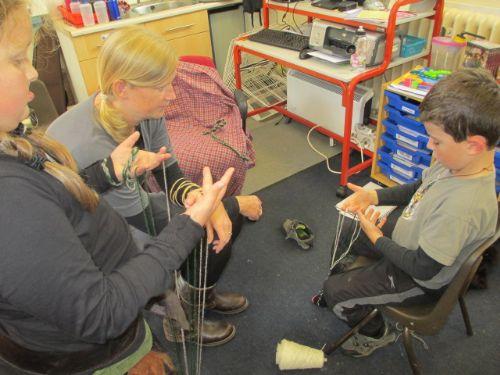 We had an authentically made shield and sword  and woolen clothes (which were very scratchy!) from Dorset County  Museum, which some of us had great fun dressing up in. They were very heavy and the boys thought the Vikings and Anglo-Saxons must have had to be very strong to run and fight with them. 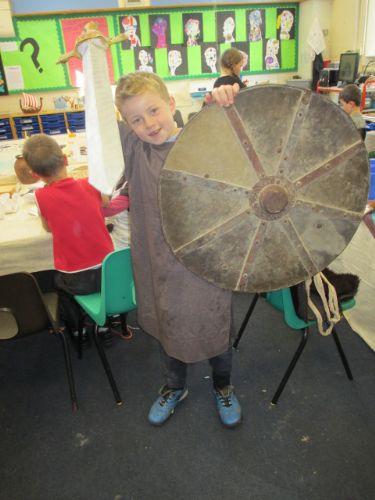 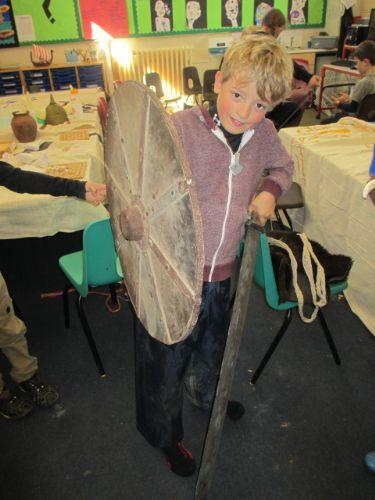 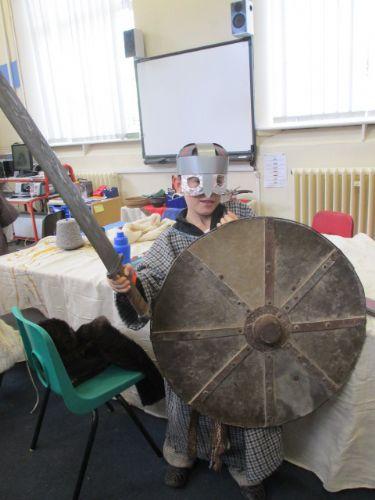 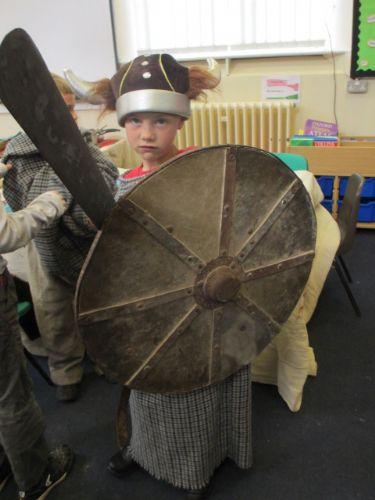 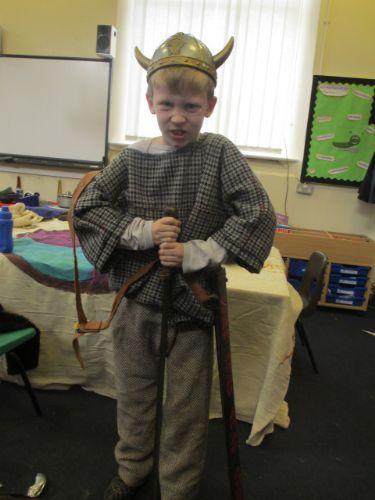 After all that hard work we learnt how Vikings and Anglo-Saxons liked to relax. We played a Viking board game called Merrels. This game has been found scratched into the boards of Viking ships, and carved into the ground, and then all you need is a few stones. The children communicated with each other, explaining the rules and helping each other to try and beat their opponent. 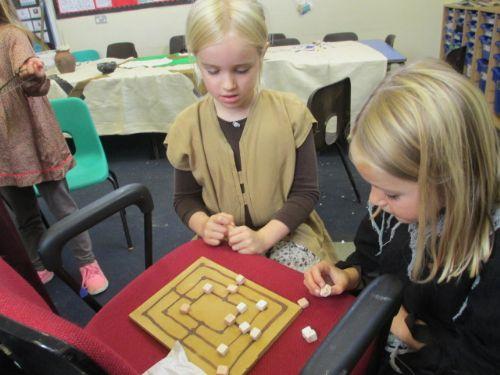 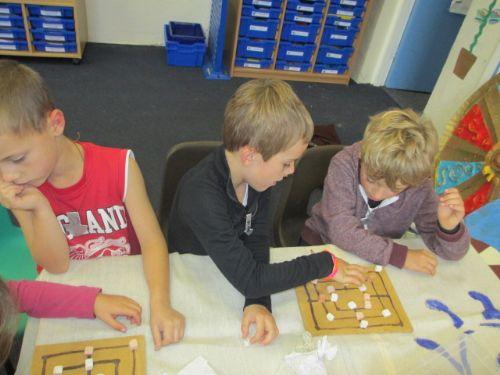 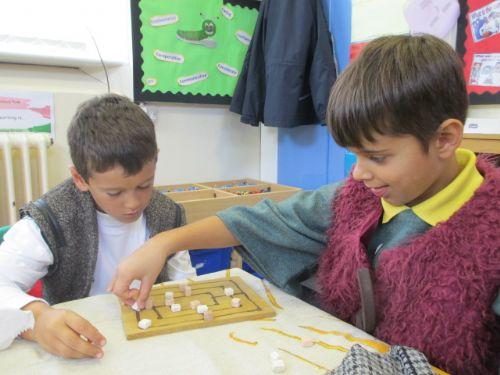 We had a fantastic day, everyone used lots of our 'C' values in their learning, and we are now ready to learn more about the Anglo-Saxons and Vikings.

Thank you very much to Maddy Irvine and Julia Quinn for setting up the forest school and planning such engaging activities. Thank you to Maddy Jones for helping out in the Anglo-Saxon settlement, we could not have made all that butter without you! And thank you to Pippa from Dorset County Museum for letting us borrow all your resources and giving up your time to help plan the day. The day would not have been possible, or have been as brilliant as it was without your help and support.